23 September 2015 Wash DC Pope Francis delivers masterclass on end inequality to US congress - with additional celebrations at UN in NY -help further searches at EconomistPeace.com and EconomistDiary.com
Posted by chris macrae at 7:40 AM No comments: 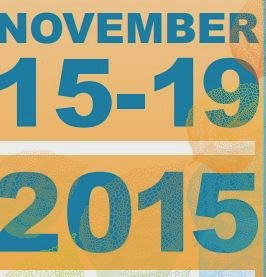 March 20, 2014
Peace Prize
Dr. Mohammad Bhuiyan serves as the President & CEO of Yunus Creative Lab, Inc., a 501(c)(3) organization that is based in Atlanta to promote youth and female empowerment, “social business” to solve social problems, sustainability, and the elimination of poverty and unemployment under the guidance of 2006 Nobel Peace Prize winner Prof. Muhammad Yunus. Bhuiyan worked diligently with 2006 Nobel Peace Laureate Prof. Muhammad Yunus, Atlanta Mayor Kasim Reed, The Carter Center, The King Center, and a number of other individuals and organizations to bring the 2015 World Summit of Nobel Peace Laureates to Atlanta. He serves as the CEO of the 2015 Summit.
With over thirty years of experience in corporate, academic, international organizations, as well as the non-profit sector, Dr. Bhuiyan has worked as a marketing executive and consultant for British American Tobacco, the Food and Agriculture Organization of the United Nations, Pfizer, and the United Nations Development Program . His extensive academic administrative and faculty experiences include serving as Executive Vice President and Professor of Entrepreneurship, Assistant Dean, Director, Department Head, Endowed Chair Professor of Entrepreneurship, and other positions at seven universities in the United States and abroad.
His leadership skills have been refined by the training he received at Harvard University’s Kennedy School of Government, Harvard Business School, Center for Creative Leadership, Stanford University, University of California-Berkley, MIT, Duke University, and the American Council on Education. He conducts many leadership programs for corporate executives, deans, and university presidents/chancellors.
Laura Turner Seydel is an international environmental advocate and eco-living expert dedicated to creating a healthy and sustainable future for our children. She is chairperson of the Captain Planet Foundation, which promotes hands-on environmental education projects worldwide. She works with the Environmental Working Group to limit the toxic chemicals in food, air, water and consumer products. She also co-founded Mothers and Others for Clean Air and Chattahoochee Riverkeeper.
Laura serves on her family’s foundation boards including The Turner Foundation, Jane Smith Turner Foundation, the Turner Endangered Species Fund, and Ted’s Montana Grill. She also serves on national boards including League of Conservation Voters, Defenders of Wildlife, Waterkeeper Alliance, the Carter Center Board of Councilors, as well as serving on the advisory board for the Green Schools Alliance and Ray C. Anderson Foundation. She is a member of the Rotary Club of Downtown Atlanta. Laura lives with her husband and her three children in their home, EcoManor, the first LEED certified Gold residence in the southeastern United States.
DATE: Thursday, March 20, 2014
TIME: 11:45 a.m. – 1:30 p.m.
SPEAKERS: Dr. Mohammad Bhuiyan
CEO of the World Summit of Nobel Peace Laureates Atlanta 2015
President & CEO of Yunus Creative Lab, Inc.
Laura Turner Seydel
Chairperson, Planning Committee
World Summit of Nobel Peace Laureates Atlanta 2015
Chairperson, Captain Planet Foundation
TOPIC: “World Summit of Nobel Peace Laureates Atlanta 2015: Gathering of International Superstars”
Posted by chris macrae at 10:43 AM No comments:

Ironically Muslim Bangladesh was the first nation to scale such values - the soul of all sustainable microcredit networking is built on dna of Gutierrez, and Freire's Pedagogy of Oppressed. It is unclear to us whether any south american country has yet used LOT (and its social action method POP =Preferential Option Poor)

What has happened is that from late 1980s POP and LOT became the culture of partners in health, which sustains extraordinary exchanges between best of harvard medical youth and countries such as Haiti, Peru, Rwanda

Around 1980 with thanks to Pope John Paul, Poland united to be the benchmark of escaping from Moscow's non-liberating cultures more soon
Posted by chris macrae at 10:34 AM 1 comment:

some questions why does joy matter to faiths, professions or cultural mediators aiming to sustain relentless interventions by living and learning with the poorest

which professions, branches or religions, types of mediator (eg anthropolgist , nurses?) do you map as offering benchmark cases of joy and hope in the world's race to 1 end poverty, 2 return every community to a sustainable pathway

exercises
how do you map alumni networks of paul farmer (and their cross-overs with networks of jim kim and george soros) and where can millennials linkin
what is the POP diary of greatest happenings in 2015
what video would you like to discuss next -chris.macrae@yahoo.co.uk
Posted by chris macrae at 5:48 AM No comments:

Guide to Preferential Option Poor Models -more at KIMuniversity.com
in this video Clinton  invites you to explore the idea that  built its nation- and a revolutionary paradigm for development economics - around preferential option poor models.

BRAC now the world's largest NGO started up as a bottom-up disaster relief agency. Infrastructure around Sir Fazle Abed was all that was left standing after a local cyclone killed up to half a million people. Global relief agencies therefore partnered his network . When the immediate relief was over, Abed was reading Paulo Freire and designed every learning network of BRAC around pedagogy of the oppressed; the simplest primary education system being the village montessori design which BRAC was to go on to build 40000 of across rural Bangladesh.By 1980 BRAC was ready to POP the greatest intervention in live saving health care -over one quarter of infants had been dying of diarrhea. The cure Oral rehydration -a mix of boiled ware, salt and sugar in exact proportions- costs next top nothing to make but you need every networking skill of living and learn with the poorest top scale such a knowledge transfer across 50+ million rural and mainly illiterate family members


So it was that the east's poorest muslim nation spent quarter of a century from 1972 linking the word's number 1 POP partnering networks around every sort of life-shaping service needed to sustain the poorest. A decade later anthroplogy student Paul Farmer, who had studied the catholic  origins of POP in south and central america, was visiting the West's poorest nation . What could he do to most serve the poorest in ? He decided on becoming a doctor designing Preferential Option for poorest. He commuted between  and  encouraging more and more of his peer medical friends to do likewise. Hugely energised POP medics attract each other. Soon Farmer was to find Jim Kim to be as all in as he was.

Arguably the greatest new millennium wonder evolved from 1996- pop 2.1 started up as  which was funded by George Soros.  Soros was interested in exploring all greatest open society interventions. He had already discovered the Farmer-Kim duo and had observed Pope John Paul 2 give his compatriot Poles the courage to peacefully break free from 's top-down and closed society. Soros was the firt major funder not to be interested in separate projects short term wins, but even he may be pleasantly surprised by the coming meta-connectivity opportunities

Thanks to  village womens hi-trust social networks, it became  the benchmark nation to massively explore mobile empowerment for the poorest. It turned out that many of the missing infrastructure grids that the industrial age had trapped the rural poor in could now be leapfrogged.
(satellite) phones are cheaper to install nationwide if you dont have a wired up system. Solar is cheaper to deliver if you are off traditional electricity grids.  cashless except for last mile banking is more economical than distributing cash everywhere. Moreover trusted local merchants are far more relevant to rural economy than ATMs. In many many professional services mobile apps and virtual knowhow sharing blended with last mile real training empower hi-trust village networks (such as mothers) to race to end poverty and do this in sustainable ways. Fortunately POP banks are so busy making loans which the poorest use for livelihood training, that their financial savings and loans are ring fenced from any global capital madness like that which Wall Street wasted  2000 to 2015 on.

Posted by chris macrae at 2:05 PM No comments:

POP  end hunger - agriculture and bottom up crop science- there's no point the other kind of pop stars like Bono's One alumni https://www.youtube.com/watch?v=qJXqG40WH68demanding 10% of economies are focused n agriculture unless we build on learning of agricultures greatest POP connectors - people like Borlaug-please note while feedthefuture is supposed to have been a signature effort during obama's adminsitration there isnt as yet even one week mooc on Who's POP who of agriculture (end hunger) -172 years ago The Economist was founded to mediate end hunger and yet in 2015 end-poverty economists and POP crop scientists cant even open source one week of open elearning content to engage citizens- whos' got their preferential options messed up - economists, educators, or agricultural consultants?
Posted by chris macrae at 7:14 AM No comments:

PLEASE TREAT FOLLOWING LIKE A WIKI -MAIL CHRIS.MACRAE@YAHOO.CO.UK AND WE WILL TRY TO EDIT IN IMPROVED LINKS

Posted by chris macrae at 10:34 AM No comments: